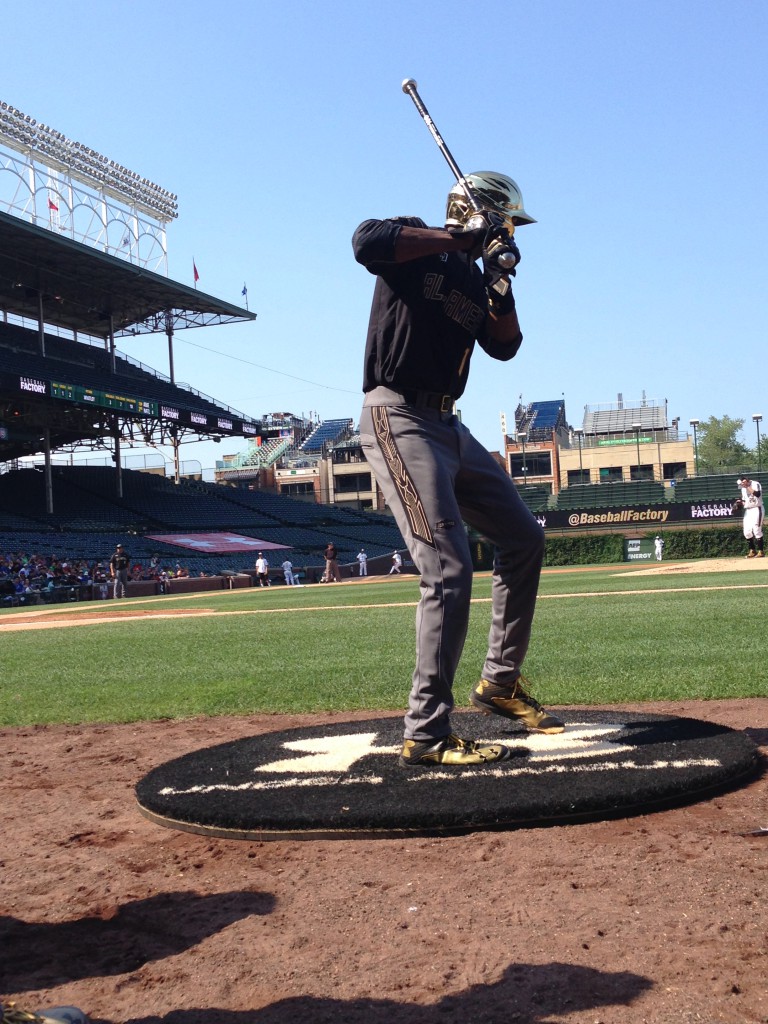 We are honored to have been part of such a prestigious event in Chicago last week – The 2015 Under Armour High School All-America Game Powered by Baseball Factory. Over the course of three days, the best high school baseball players in the country had the chance to live and play ball like the pros. From TV interviews, autograph signings, clubhouse lounging, a pro scouting showcase and ultimately playing a nine-inning game at historic Wrigley Field, these young men got a sneak peek inside the life of how professional ball players live 162 days out of the year.

HeavySwing arrives at W Hotel Chicago to take part in the “car wash” player experience. Alongside Baseball Factory, Gatorade and Ripken Baseball, HeavySwing enjoyed the opportunity to individually speak to each of the 40 All-Americans, introducing them to the original handle-weighted training concept and sizing each player for their complimentary HeavySwing. We saw all sorts of player reactions from “I’ve never heard of you guys, but oh, wow,” to “oh yeah, my buddy in the Rays organization uses this all the time.” Players came through one by one, and left excited and anxious to ‘hit it harder’ with HeavySwing over the course of the next three days. 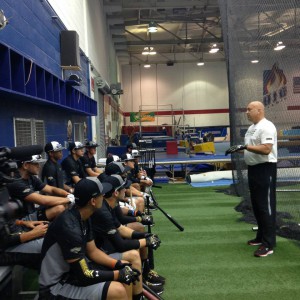 After the “car wash” concluded, it was time to pack up and head to University of Illinois Chicago’s Les Miller Field at Curtis Granderson Stadium, a ballpark with an absolute breathtaking view as the Chicago skyline towered over the center field fence. Here, players would participate in a walk-through training session with former MLB Stars Cal and Bill Ripken. HeavySwing products were available in each of the three batting cages during the training session and in the on-deck circle during the highly anticipated first round of the home run derby. They were well utilized and enjoyed by the All-Americans. The derby didn’t dissapoint, as eight finalists advanced to the championship round on Saturday at Wrigley Field. Will Benson, who swings a HeavySwing 36/100, led the way with 11 bombs, many of which landed well beyond the right center field fence. A successful and very fun first day was in the books. 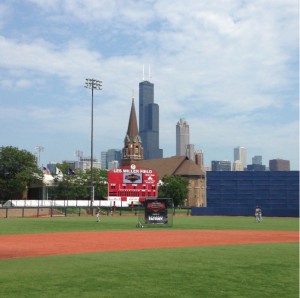 The day before game day. Billy Bean, GM of the Oakland A’s, addressed the 40 All-Americans at breakfast, followed by a highly competitive game of stick ball with local area children as part of a community outreach effort.. They then proceeded to the UIC campus to showcase their baseball skills in front of pro scouts. HeavySwing was again present and utilized in the cages prior to batting practice. Receiving countless excellent feedback from players and coaches, and embracing the slogan “Hit It Harder,” players transitioned from swinging the HeavyBat during cage work, to the HeavySwing in the on-deck circle, and finally their game bat for live BP in front of the scouts (these kids can rake!). A low-key afternoon would follow for the players as the big game was just 24 short hours away.

Game day! HeavySwing arrives at Wrigley field to set up a booth in the concourse of the historic ballpark at 1060 West Addison Street. As thousands of fans filtered in for the most anticipated high school baseball game of the year, the HeavySwing booth saw no rest as countless fans, parents and coaches stopped by to see what the handle-weighted training concept was all about. The reactions and interest was priceless. “You really do have to swing it to believe it,” one parent said.

We made our way to the home team dugout as the championship round of the homerun derby was about to start. Bo Bichette, who swings the HeavySwing 36/80, jacked 10 home runs to take home the trophy; congrats Bo! As we inched closer to game time, we made sure HeavyBats and HeavySwings were plentiful in the on-deck circles so players could continue utilizing the handle-weighted training concept they had become familiar with over the past two days. There was plenty of offense as the National team beat the American team in an 11-5 thriller. During and after the game, our booth stayed busy, as fans continued to pile in and inquired about the “stick” players were using in the on-deck circle. The feedback was beyond encouraging.

As our time in Chicago wound down, there was time to reflect on our eventful trip to such a prestigious and historic baseball city. After gaining tons of exposure, interacting with players, parents, coaches and fans, we achieved our ultimate goal which was introducing young players to the handle-weighted training concept, which caught on and registered to them very quickly. Thank you Under Armour and Baseball Factory for having us and for hosting such a terrific event. We look forward to the 2016 All-America Game and also to seeing HeavySwing on baseball and softball diamonds across the world! 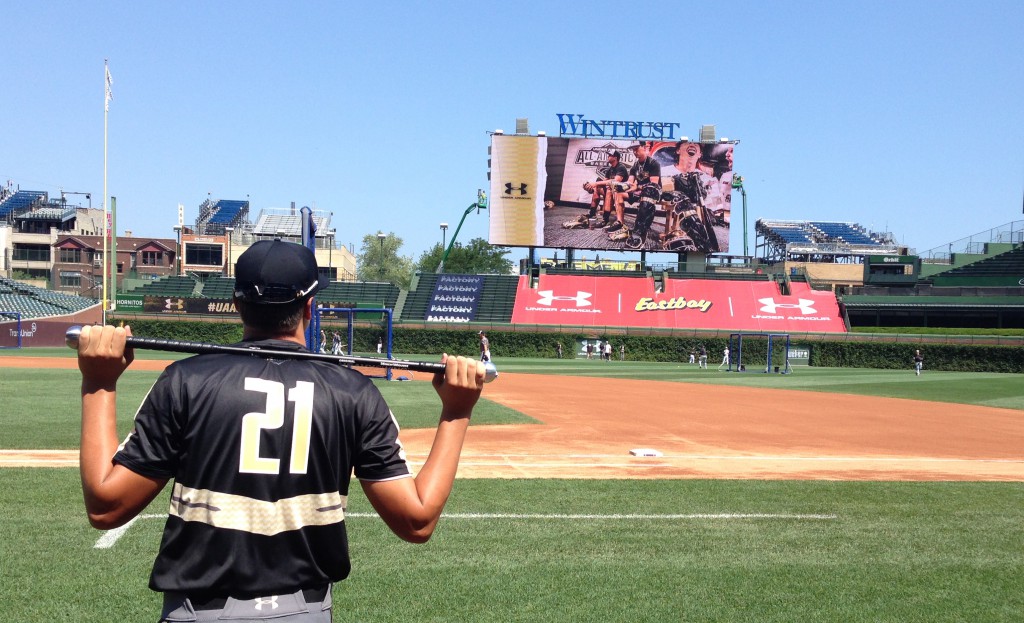 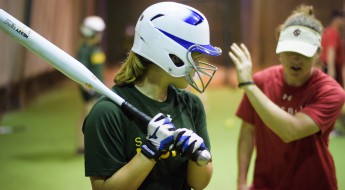 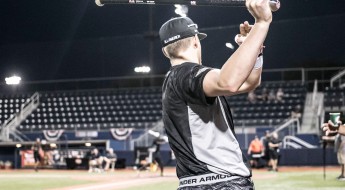 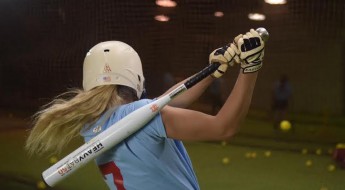